A hard stage 2 today in Ballinrobe was made even harder with the wet mucky conditions and overnight rain that washed debris onto the roads. David Brody was to suffer the worst out of the team with 2 punctures and one at a critical point in the race when he had bridged across to the lead group. When he go there he found team mate Daire Feeley had attacked this group on the climb and had taken 3 riders with him and was intent on distancing the yellow jersey still in the group. This set us up nicely for the run into the finish with Brody marshelling yellow and Feeley driving on. Unfortunatley for Brody after his hard work to get back with the leaders and with 3 groups on the road seperated by only only 40-50secs between them no team cars were allowed forward so this put Brody back in the third group on the road after his puncture and Feeley leading on the road. 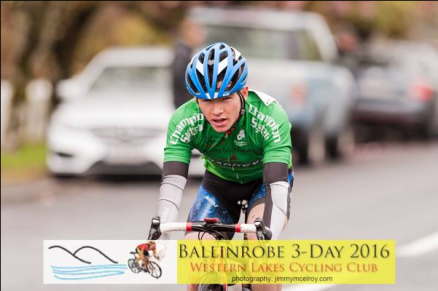 While we got Brody going and into group 3 Feeley was getting on with business. Up until the last climb of the day the race was fairly neutralised with groups getting 20-30 seconds and then being reeled in. It was only on the last climb that the elastic snapped with Feeley giving it full gas going clear with 3 others until the finish. Despite a hard chase by the yellow jersey behind the group of 4 stayed away until the finish giving Feeley the yellow by approx 30 seconds. The teams main aim was the jersey today so Feeley emptied the tank coming in the road to give as much a buffer for the final stage tomorrow and wasn’t concerned about the green jersey he was wearing. He will have the full support of David Brody for the tomorrows stage as the team defends yellow. 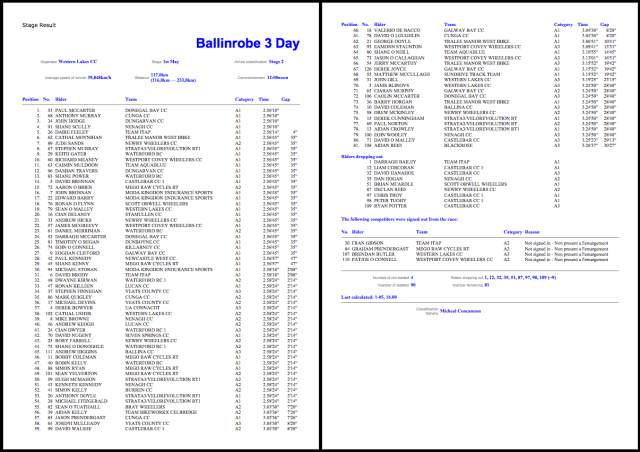