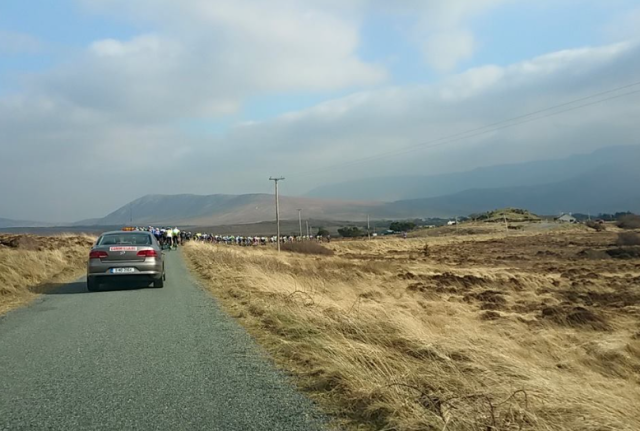 It has been a couple of funny weeks for the team with riders carrying infections and stomach upsets so the team had been in recovery and focusing on there preparations for Ras Maigheo. This was the Teams first main target to win after the opening races of the season. With all riders being through a period of sickness over the last 2 weeks it was great for them to be back on the road and hunting for a win. Its great to have www.TheAthleteClinic.ie onboard as our Coaching & Athlete Services provider as the management of the riders through such a difficult time of the year can be quite crucial in determining the rest of an athletes season. We see riders like Cavendish & Kittel out sick at the moment and Boonen with broken bones after a crash so it is a quite critical time of the year. We also took the advice of www.TheAthleteClinic.ie on not starting in the Cycleways Cup in Navan a frothing ago due to adverse weather conditions. We can only thank www.TheAthleteClinic.ie for there daily professional management of the riders coaching and performance.

With Ras Maigheo as the first main target for the Team everyone was super motivated. For  Stage 1 it was agreed to keep one of 0ur riders with the leaders and finish on the same time as the leader and if a stage win offered its hand then to give it ago also. We achieved this which set us up for the TT. Heading into the Individual TT Daire Feeley was our strongest rider and we were hoping for no surprises from others. That was to be the case and Feeley took the TT by 35 seconds from his nearest rival with David Brody finishing in 8th slot.  TT time was 9’10″@ 51.23kph average for 8km approx.. With 2 riders in the top 10 this would set up a couple of cards for us to play in the afternoon stage. 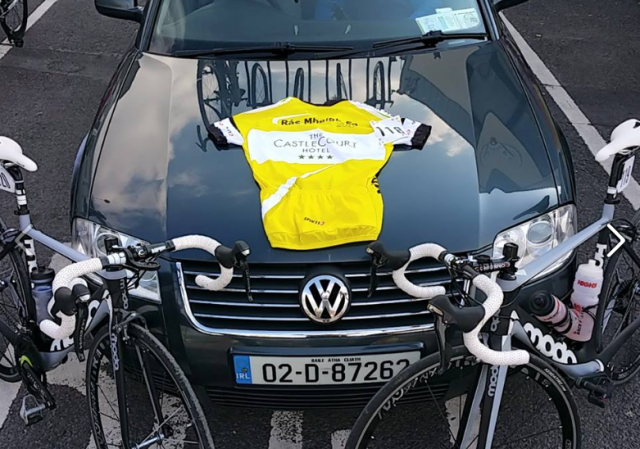 Stage 3 started after a small delay for a funeral but was soon heading out to Louisburgh at speed. We knew from the morning that Jordan McGinley was not firing on all cylinders due to lingering sickness so we decided to use up what he had in the early part of the stage to protect the jersey. Until we turned left for Leenane in Louisburgh Jordan keep Feeley up there with the leaders and even split the bunch at one stage but with no support from the teams to push on with Feeley in toe it all came back together. Heading into Leenane McGinley pulled the plug after a super ride and started his recovery. With Brody and Bailey now on Guard duty and also Brody looking to sneek into a move not containing anyone ahead of him on GC the riders were busy.  Once the riders turned left onto the Leenane/Westport road and headed back to the finish it was a crosswind all the way until the right turn heading into the last climb. With Bailey doing the lions share of work from the start he spent most of his time riding top of temp to keep any gaps closed and to prevent attacks. A couple of riders did slip away but got nothing more than 35 sec on the bunch with the iTap riders doing trojan work to keep things together. Once leaving the main road and heading over the final climb it was important to stay alert and out of trouble. Pot holes, narrow twisting roads and a poor surface a mechanical could have proved decisive. Thankfully we only had this on the first day when a lack of cleet float caused foot cramp for Feeley. Thanks to the athlete clinic for a road side treatment he got to the finish where post race recover and treatments were give to the riders by www.TheAthleteClinic.ie. Coming into the finish the gap between the yellow jersey stayed at 35 seconds and in the last couple of kilometres dropped to 20 seconds which had no effect on GC so it was a win for Team iTap on all fronts with Daire Feeley taking the TT win and Overall GC, David Brody finishing 8th in the TT and 8th overall on GC so 2 riders in the top 10 and no results on paper for the workhorses of the weekend Darragh Bailey & Jordan McGinley without whom the results on paper for the Team would not have happened. Over the weekend it was great to have the support of www.oneillcycles.com who are our equipment and consumable sponsors for our bike needs. No mechanicals and only a little polish need to all machines between stages. Super stuff with the Moda Finale machines.

We also had a hugh amount of interest in out new kit by other teams, rider and the public in general. Our kit is sponsored and supplied to us by www.kalas.ie . Over the last couple of week the riders have been testing their new kit and with all agreed that its quality is superior to any other kit supplier on the market they are now super happy to find out that the final delivery will be with us soon for the main Easter Bank Holiday Festivities. The Kalas Sportswear brand is managed  by www.customclubkits.com with race kit being found here at www.kalas.ie. 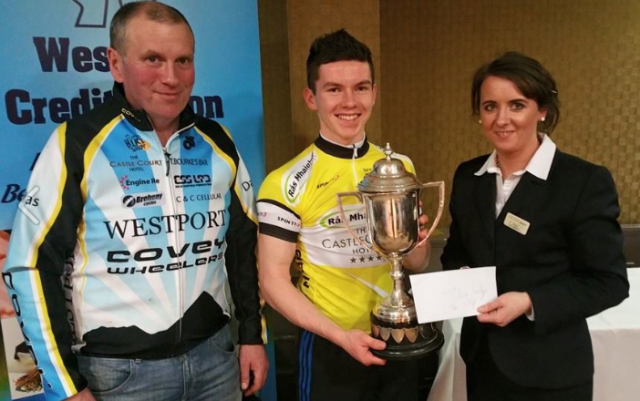